Collectible Bears
Deciding What to Collect

Collectible bears come in all shapes and sizes, so there are many different types of teddy bear you can choose to collect.

Teddy bear collecting need not be an expensive hobby if you don't want it to be. Yes of course the most collectible bears will cost big bucks but there are many vintage bears that can also be worth collecting which may be more in your price guide.

Let's take a look at some of the many different types of teddy bear collecting. 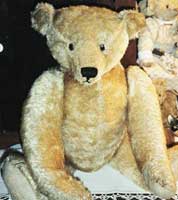 This term generally refers to bears which were made before World war One and of course these are not only expensive but are few and far between. Many may be in terrible condition and will need lots of costly restoration, but if you are a serious collector looking to invest some money then collecting these very early bears is the way to go.

However bears made between 1920 and 1959 is also becoming more sort after and these bears although depending on condition can also be rather expensive, can be picked up between £50 and a few hundred pounds. 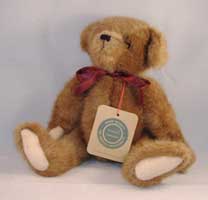 Some collectors prefer to collect bears from a particular manufacturer. This could be simply because the design of the bears made by this company appeals most to them, or it could be that their collection started with a particular bear that they would like to add to.

There have been hundreds of teddy bear manufacturers over the years. Some new and some old, some still with us and some which have past into the annuals of bear history.

What about collecting bears made in a particular country. Germany is or course known as one of the first countries to make soft toy bears and so would be a popular choice. However America, Great Britain and even France and Australia can also boast some very impressive bear makers over the years. 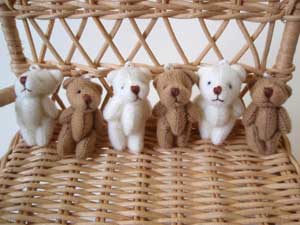 If space is an issue then these mini bears are a great way to start a teddy bear collection. The detail and fantastic craftsmanship in these bears certainly make them very collectible bears and they can also bring some high prices at auction too. 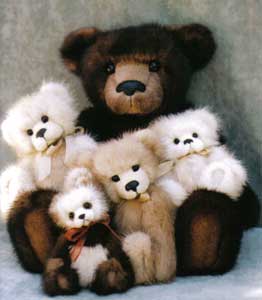 This is a term used to describe teddy bears which have been hand made by individual makers. In fact this area of teddy bear making is certainly on the rise and there are some fantastic highly gifted individuals making some truly stunning bears. These too can be rather costly depending on the individual artist and size of the bears of course but when you see the work put into them it is not hard to see why. Many of these artist bears are very collectible and can only increase in value over the years as they are one off bears made to the highest quality.

Since the 1980's and the boom in bear collecting; many manufacturers have produced special limited edition teddies. These can be made to commemorate a certain occasion such as the Royal Jubilee or they may simply be made to help promote their own company and make their bears more desirable.

Collecting limited edition bears can also be costly, but you can also find them sometimes at small fairs or even charity shops from time to time. 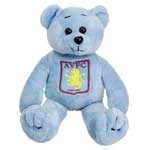 I think every sports team in the world must have produced their own mascot bears at one time or another. Not to mention tourist destinations who love to promote their region by a cuddly bear wearing a logo T-shirt.

Collecting these types of bears can be much more affordable as they are often no more than a few pounds to buy new, they can also usually be found quite easily second hand too.

As time passes many of these become collectible bears, especially sporting mascots. The bears themselves may not be of the highest quality but it is what they symbolize which makes them desirable and a collector's item of the future.

OK not many of us can afford to spend large sums on out hobbies, but that should not stop us from being able to indulge our love of the teddy bear and start our own small collections, you never know what will become a collectible bear of the future.

So the cheapest way to begin a collection is to find bears from charity shops, jumble sales, yard sales and even house clearance auctions. If you like a bear then why not take it home and make your own individual collection?

Back to top of this Collectible Bears Page

Back to Teddy Bear Collecting Page