Merrythought bears are Britain's last remaining manufacturer of handmade teddy bears and as such are highly collected and loved.

The company was first formed in 1930 and there factory was based in Ironbridge in Shropshire where it remains in the same building today.

The name of Merrythought comes from an old word meaning a wishbone (a good luck symbol) and the company's logo remains to this day a wishbone.

A Sample of Early Merrythought Bears 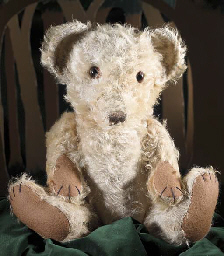 Bingie was one of the company's first bear creations. Due to the fact that the company was working with some of the workers from the Chad Valley company, he is reminiscent of some of the Chad valley cub bears at the time.

Bingie was made in seven sizes including one designed for babies known unsurprisingly as baby Bingie.

He is a sitting bear with unjointed legs and a centre head seam. He has a large head with shorter limbs and a pronounced snout. 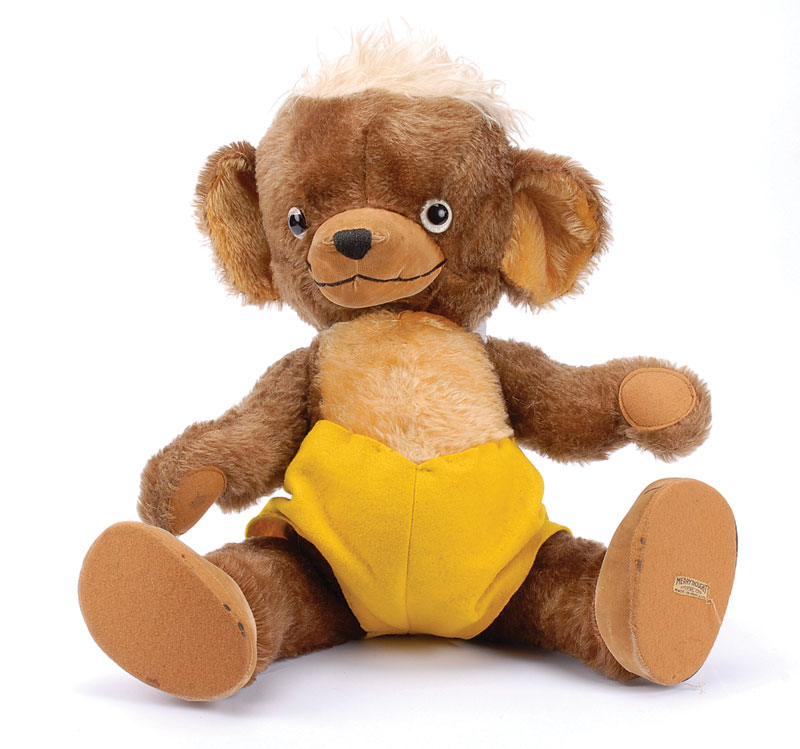 Again this bear has a very distinct look, sporting a spiky hairdo, wide grin and large eyes. He as designed as the Canadian mascot for Eatons department store 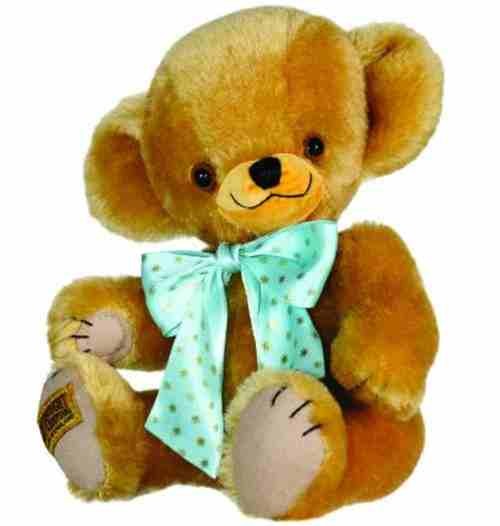 Cheeky bears were so named due to their wide grin. They first appeared in 1956 at the British Toy Fair.

Cheeky bears have a distinctive look with a large bulbous head, large oval ears placed low down on the side of the head, a pot belly and short but pert muzzle.

Although the company are still producing bears today, they limited most of them to relatively small numbers which makes even new bears collectors' items.

One of the best places to start your collection is either directly from the company themselves or second hand via the internet.

The History of the Company

The company has always been a Holmes family run business and is now in the forth generations of the original family members. This has to be a very rare thing these days; in fact I can't think of too many other companies who can make this claim. 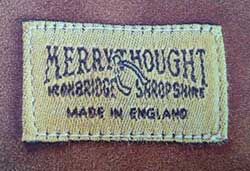 The original founder members of the company was a Mr W Gordon Holmes and a Mr G.H Laxton who together in 1919 opened a spinning Mill in Yorkshire to make Mohair yarn.

However during the 1920's many synthetic fibres were being discovered and used instead of the more traditional mohair and so the company had to find other markets and uses for their yarn. Luckily at the time a member of the company knew of two men who were in the toy making world a Mr C. J Rendle (Chad Valley Toys) and a Mr H. C Janisch (J.K Farnell toys), who were interested in using their Mohair to produce Merrythought toys.

They moved into some of the company's buildings and brought with them workers from Chad Valley as well as their own designers. One of which was Florence Atwood who was a deaf mute and who's talent for design created the entire first range of 32 toys for the company in 1930. 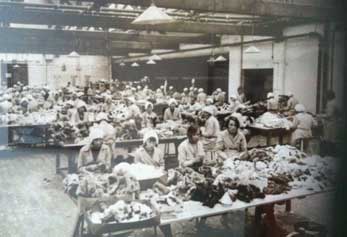 The first company catalogue was produced in 1931 and included ‘Greyfriars Bobby’ and the company's Teddy Bears beginning with the Magnet Bear.

The Second World War meant that raw materials to make Mohair yarn from Europe began to dry up.  Also there was a need to produce items for the war effort so merrythought for a time reduced their toy lines and instead produced items such as:

Florence continued to design new toys for the company right up until her death in 1949. Even today her designs are still very popular and new bears are still being made to some of her original patterns.

The Second Generation of the Holmes family

In 1949 the son of the company founder, Mr B. Trayton Holmes began to work with his father at the factory. It is this partnership which over the next ten years put Merrythought's reputations as a quality toy maker at the top.

The company began to expand and more buildings were added to the original Victorian factory. New markets were explored including America and Europe.

The company continued to grow and expand on their original bear and soft toy designs. One of the companies most celebrated designers at this time was Jacqueline Revitt.

Jacqueline began her life as a clothes designer but began to enjoy watching animals and learned how to draw them in action.  She worked with the company from 1972 developing her drawings into patterns for merrythought, always making sure that they were produced to the highest standards.

1972 also saw the Oliver Holmes the grandson of the original founder join the company. Eventually taking over as managing Director in the 1980's.

The 1990's were a particularly good period for the company. Their bears and toys sold were selling well internationally and the teddy bear world in general was booming.

The Merrythought International Collectors club was begun in 1995 and is still very popular today.

Unfortunately boom times always turn to bust after a while and in the mid 2000's the world's economic markets began to fail, increasing productions costs. Also there were huge pressures from overseas cheaper made teddy bears and in 2006 Merrythought could no longer compete and finally closed down.

However Merrythought bears are very much loved the world over and there was a huge outcry for them to reopen. Oliver Holmes got together some members of the staff together and began to try and rebuilt the company back up but this time on a much smaller scale, concentrating on the collectors market.

The company today belongs to Oliver's three daughters Sarah, Hannah and Sophie who have continued to follow the family's high standards in teddy bear making. They also have bought the rights to produce the famous Alpha bear made by the Farnell Company and produce them in limited numbers.

Back to the top of this Merrythought Page

Back To Teddy Bears Home Page