However the Pedigree brand really boomed during the 1950's and 60 and this is when most of their teddy bears were made and so these are the ones which are most often found and collected.

Here are the current antique teddies listings For Pedigree bears on eBay
Please click on the Images for further details. 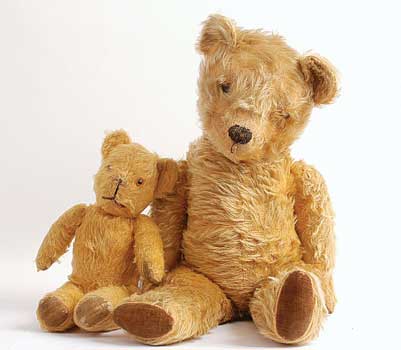 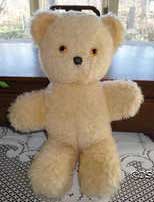 After 1960, synthetic materials became the fashion and wash ability was of high importance to the consumers at the time. Foam rubber filling became popular too for this reason.

At this time new designs were also introduce and some Pedigree bears designed by their designer, Ann Wood, display the new look of the time, i.e. large head in relation to the small body.

Pedigree teddy bears carrying a label which says "Made in England" dated the bear to pre 1955. After this time all bears were made in Ireland.

Back to the top of this Old Bears by Pedigree Page